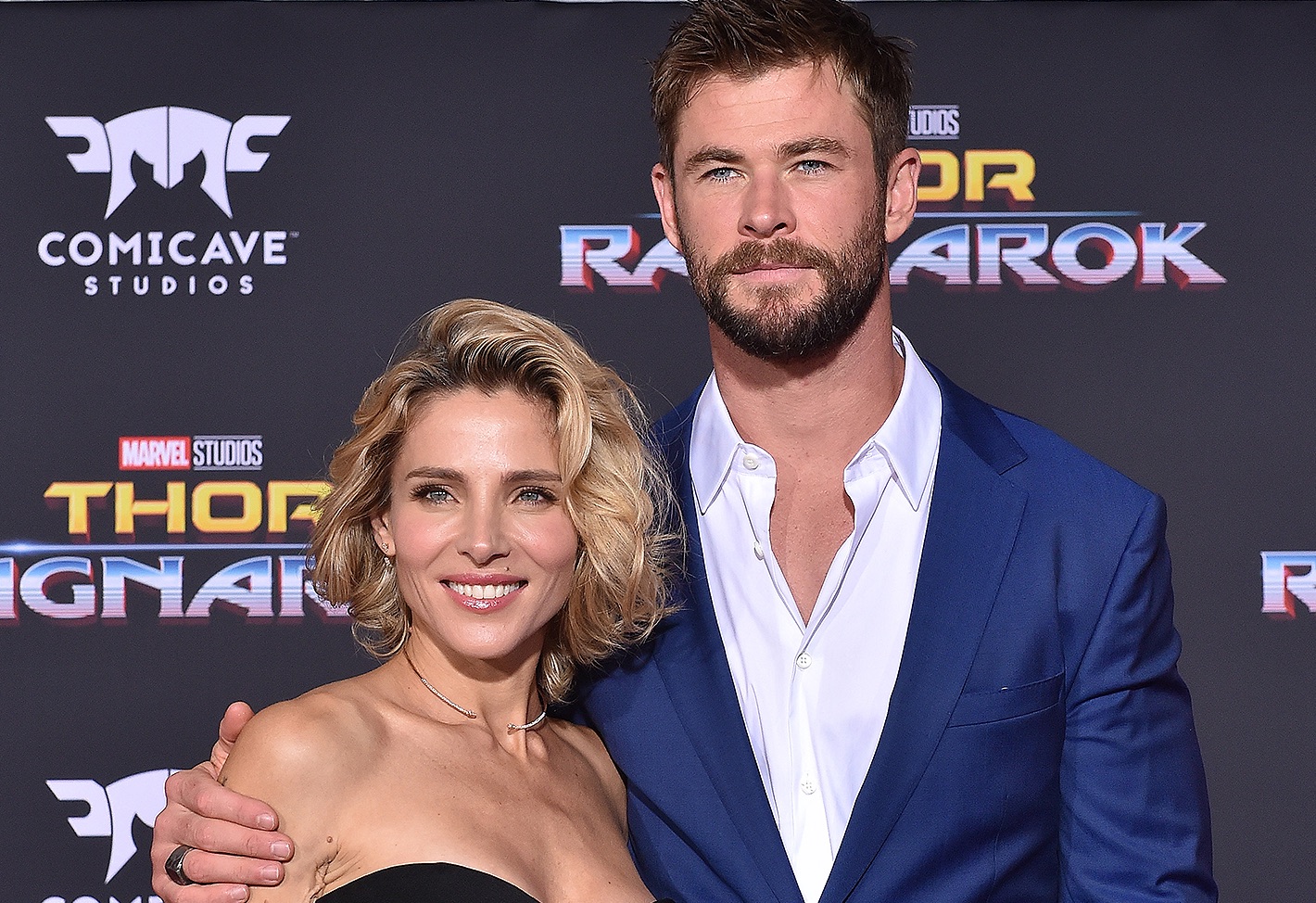 But you know that? A pair as such is in existence. Meet Elsa Pataky and her extremely handsome husband, Chris Hemsworth, or as the whole world calls him, “Thor.”

Now, I know that this is a very unconventional way to start things off.

They were wandering about in someone’s personal life the opposite way. But this way, you and all of the Pataky as well as Hemsworth fans know where the couple comes from.

Before Hemsworth, the Spanish beauty had her fair share of affairs.

Pataky’s first reported romantic affair was with Michaël Benayoun, an actor, singer, comedian, and much more.

Both shared very different backgrounds. While Senora Pataky was born in Spain, her beau Benayoun was born in France.

Pataky and Benayoun dated each other for about two years and ended their romance in 2006.

Shortly after her break up with French actor Michaël, Pataky found love with Adrien Brody, the “King Kong” star the same year in 2006.

Just into one year, Brody made up his mind of spending the rest of his life together with Pataky.

As a gesture of forever, Adrian Brody bought a Castle, a gigantic, real-life castle for Pataky so the couple could move in together.

Brody reportedly brought Pataky to the grounds of the castle, and when Pataky saw the castle and asked it was theirs, Brody said,

After that, Brody and Pataky did an exclusive spread for Hello! That was 35 pages turn.

Unfortunately, the romance did not last forever, as initially thought by the couple. In 2009, Brody and Pataky ended things together.

Even though the love failed, Brody did acquire a major real estate right in the middle of New York.

As for Pataky, she found the love of her life after Adrian Brody break-up.

After break up from “The Pianist” actor Adrian Brody, Pataky found love with another famous actor, Chris Hemsworth.

In 2010, a talent agent by the name William Ward introduced Pataky and Hemsworth for some professional business.

Pataky fell in love with Hemsworth right when the couple spoke on the phone for the first time. She said,

“His voice is amazing! Before I met him, I heard his voice on the phone, and that was what I loved. He was probably making it even deeper.”

The Australian actor also stated how he felt that everything was just right with Pataky after they first met each other.

“From the first time we met, we just made sense. She’s fun. She’s outgoing, and she has a sense of humor and a passionate attitude toward life, which is nice to try to keep up with.”

Just three months after dating, Pataky and Hemsworth decided to get married.

Both Pataky and Hemsworth are of very extroverted and spontaneous nature. Both had introduced their families to one another and were looking forward to their relationship.

In December 2010, Pataky and Hemsworth went on a family trip to Sumba, Indonesia, with both of the families on board.

It was during that time when Hemsworth and Pataky agreed to the spontaneous idea of getting married.

The idea Hemsworth when they realized that both their families were on the trip and that would be a good opportunity while everyone was together.

“Honestly, we had both our families on holiday at the same time, just randomly, and we said this is a good opportunity with everyone together, so we just did it.”

On December 26, 2010, Elsa Pataky and Chris Hemsworth married each other is Suma, Indonesia, in front of their family.

Because the wedding happened so quickly, that it did not give the couple any time to do legal modifications, like Elsa taking on the last name, “Hemsworth.”

According to Hemsworth, both of their professional life was very busy at the moment, and moreover, there were issues with passport as well.

Because of that, Elsa did not take Chris’s last name, although, according to Hemsworth, she wanted to.

Pataky and Hemsworth married each other after just three months of dating. It took the couple no time to escalate their relationship, and personally, I’m glad that they did it.

About one and a half years after their marriage, Pataky became pregnant with the couple’s first child.

In May of 2012, Pataky and Hemsworth welcomed their daughter India Rose.

About a year later, baby India had siblings on the way. In 2013, Pataky became pregnant for the second time.

Pataky, who appeared as a cop who fell in love with Vin Diesel’s character Dominic in “Fast & Furious” installments, says her marriage isn’t perfect.

Elsa said that she and the “Avengers” actor have their ups and downs moment in their marriage.

In 2010, the only notable role that Hemsworth had done was in “Star Trek” as George Kirk.

After their marriage, in 2011, Hemsworth got the role of “Thor,” and that changed everything for the star.

Pataky said that she experienced all of Chris’s success and all the changes that came with it as well.

Hemsworth, on the other hand, feels quite the same. In an interview, he revealed how he grew a different kind of appreciation for his wife after she gave birth to their babies.

Both of them work relentlessly in their marriage to make it work. And so far, everything is on track.

In 2007, a publishing group called Ediciones Zeta secretly captured a topless photo of Elsa. However, the problem here was that the publishing house used a long lens camera to capture the image.

During that time, Elsa was doing a photo shoot for Elle magazine and was changing into another set of clothes for the photoshoot.

While changing, the photographer captured the top nude picture of Elsa, and the group published it.

The “12 Strong” actress filed a lawsuit against the publishing house, and in 2012, the court made a decision in her favor.

I have to get this out of the way first. Pataky is absolutely against fads or also known as fad diets.

The first thing that has helped Pataky in maintaining a sexy body is Yoga. For Pataky, Yoga is a medication for both her body and mind. It keeps them balanced.

Apart from that, the 45 years old actress and model relies heavily on her stretching and weight training.

Pataky does most of her exercises in intervals, which keeps her energized and motivated.

On the diet part of the spectrum, Pataky likes to keep things balances.

While staying away from fad diets, Elsa has opted for the Mediterranean Diet. While most people don’t swear by it, Pataky takes a lot of advantage from this rich plant-based diet, which consists of vegetables, fruits, nuts, seeds, and everything that’s yummy.

On top of that, she also does intermittent fasting.

Lastly, as a bonus, Pataky also does horse riding as well.

Pataky belongs to white ethnicity and has a height of 5.3 ft.

She went to Universidad CEU San Pablo, where she studied journalism and also took acting classes.

Born in Spain, Pataky is fluent in Spanish as well as English, Italian, Portuguese, and French.

At the age of 21, Pataky left her studies and pursued her career in acting. She did her debut with Al Salir de Clase.

Over the years, Elsa has worked in numerous Spanish movies and Hollywood movies as well. She has appeared in Fast Five, Thor: The Dark World, 12 Strong, and more.

While her husband Chris Hemsworth became one of the highest-paid actors in 2019, earning more than $76 million, Pataky isn’t so far off the target as well.

In 2022, Elsa Pataky has a net worth of $5 million, which she earned from acting, modeling, and other works.

Who Is Elsa Pataky?

Elsa Pataky is a Spanish actress and model who appeared in Fast and Furious. She is also the wife of “Thor” actor Chris Hemsworth since 2010.

What Is Elsa Pataky's Age?

What Is Elsa Pataky's Height?

What Is Elsa Pataky's Net Worth?

The actress and model has a massive net worth of $5 million in 2022.

Her partner and husband Chris Hemsworth has a net worth of $130 million.