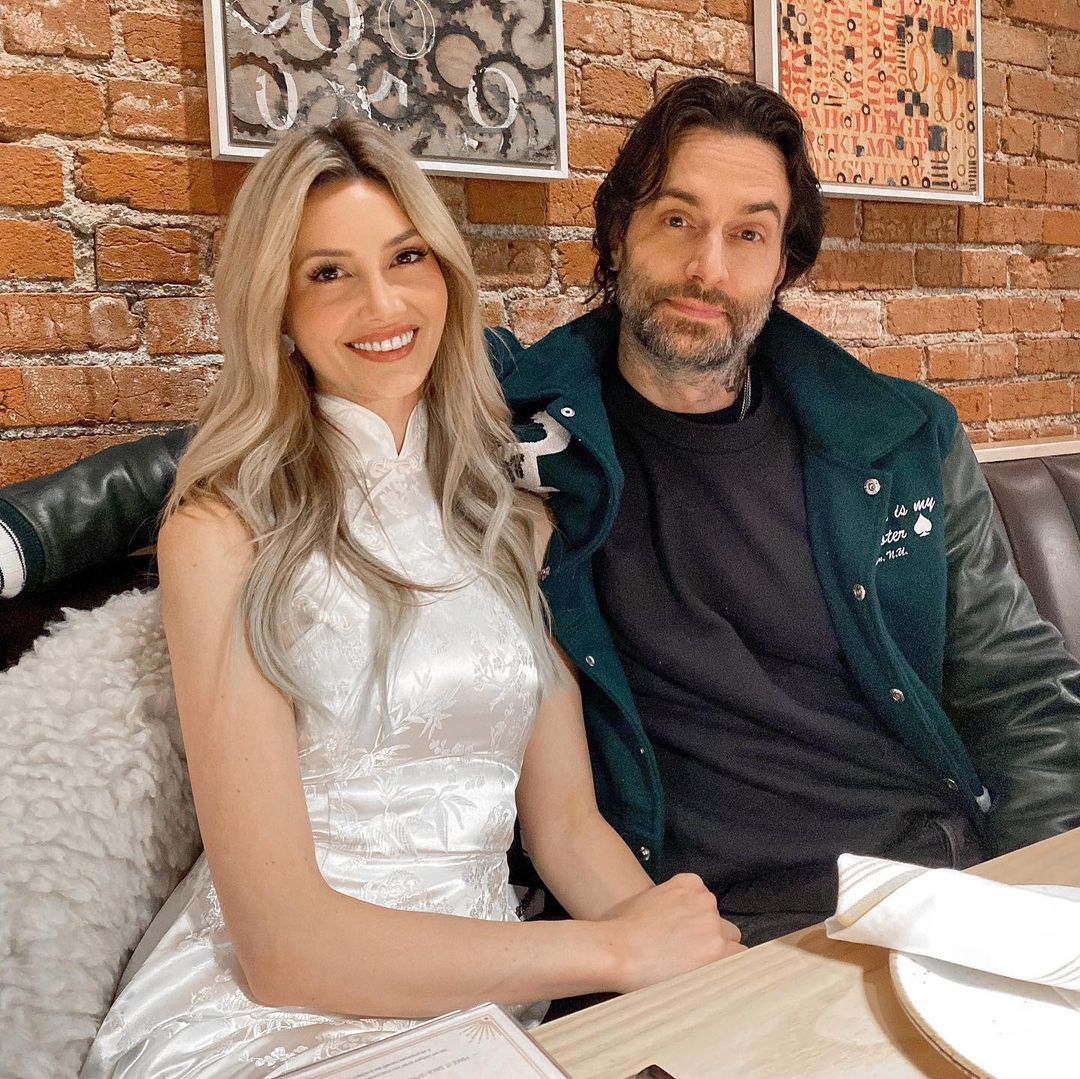 Kristin Taylor is an American stop-motion animator and artist best known as the better half of actor and comedian Chris D’Elia.

Being associated with him did bring her fame, but she is an accomplished woman on her own.

The two supposedly started dating back in 2018, the same year he first appeared in Kristin’s Instagram post.

We believe it was an indirect confirmation of their relationship.

At first, the two kept their budding romance a secret from the general public.

Both of them were guarded about it and kept any information about their relationship to themselves.

While fans had their guesses, Chris and Kristin surprised everyone with their engagement news in 2019.

Kristin is seen flaunting a huge diamond ring beside her partner.

People predicted that they would get married soon after getting engaged, but nothing of the sort occurred.

The pair didn’t rush into getting married; instead, they took their time.

In June 18, 2022, the lovebirds finally tied the knot at the Hotel California in Santa Barbara, California, in a beautiful setting, followed by a grand celebration.

The couple won hearts hands down thanks to Kristin’s gorgeous appearance in a white gown with sparkles and Chris’s all-black suit appearance.

For the wedding, even Kristin’s dog, Cooper, dressed in a tuxedo.

For those of you who don’t know, the pair are the parents of Calvin Elia, an adorable baby boy.

Chris and Kristin welcomed their son in 2020.

They got to experience parenthood even before marriage.

Their Munchkin was a part of his parents’ big day as well and helped to cut the cake.

Who Is Husband Chris D’Elia?

D’Elia is 42 years old and a Montclair, New Jersey native.

Chris actor started his acting career back in his high school days with a guest appearance in shows.

Some of the comedian’s most prominent roles are in movies like “Whitney,” “Undateable,” the good doctor, including many more.

Furthermore, he started doing stand-up comedy in 2006 and has been featured on Comedy Central presents and Showtime’s Live Nude Comedy.

Back in 2020, a number of women, including juveniles and young girls, came out, accusing Chris of sexual misconduct.

Multiple teenage girls, mostly juvenile, accused D’Elia of requesting sexual photos of them when the situation first came to light and even of inviting them to his comedy gigs and afterward to his hotel rooms.

Furthermore, in 2021, an anonymous girl sued Chris, alleging that he demanded nudes and performed activities that were categorized as sexual misconduct.

After one such case unfolded, numerous others came to light who claimed he exposed himself and behaved inappropriately, including his friend and actress, Meghan Drust.

The comedian releases a 10-minute YouTube video over eight months later that includes his version of events as well as an explanation and denial of all the rumors.

He mentions, I know it looks bad,

“I have come to understand that this was always about sex to me. My life was — I mean, sex, it controlled my life. It was the focus. It was my focus all the time. And I had a problem, and I do have a problem. … I need to do work on that.”

He also claims all his relationships have been consensual and legal.

Kristin Taylor was born on January 9, 1992, in Raleigh, North Carolina, the United States of America.

She is 30 years old, and her zodiac sign is Capricorn.

Kristin Taylor is American by nationality and belongs to the White Caucasian ethnicity.

Kristin is the eldest daughter of her parents, Kevin Taylor and Kelley McHenry.

Her dad is a software engineer. On the other hand, details of her mother remain unknown.

She also has a brother named Kyle Taylor.

Taylor is a North Carolina native and briefly left the city for education purposes.

After graduating from a high school in North Carolina, Taylor enrolled at the University of Missouri, Columbia, and graduated with a degree in software engineering.

She is an American stop-motion animator, entrepreneur, and artist.

Kristin worked as a designer for a small organization during her initial days.

She then started specializing in 2D animation and design on paper.

With a wealth of knowledge and expertise, Kristin owns and operates her own design firm, HI BIG DOG MEDIA, where she designs restaurant menus, wedding signs, and many more on chalkboards.

Kristin Taylor Salary and Net Worth

Meanwhile, her husband, Chris, has a net worth of $10 million.

In 2021, D’Elia sold his Beverly Hills mansion for $5.8 million. He had previously bought the property for $5.4 million.

Also, Chris and his wife, Kristin, currently live in his Laurel Canyon home, worth $2.6 million.

How Old Is Kristin Taylor?

Kristin Taylor is 30 years old. She was born on January 9, 1992, in Raleigh, North Carolina, the United States of America.

Who Are Kristin Taylor Parents?

Kristin Taylor is the daughter of Kevin Taylor and Kelley McHenry. She also has a brother named Kyle Taylor.

Kristin Taylor is married to famous comedian and actor Chris D’Elia. The couple began dating in 2018 and later married on June 18, 2022.

Kristin Taylor and her husband, Chris D’Elia have a son together. The couple welcomed their son, Calvin, in 2020. Calvin D’Elia is 2 years old.

What Does Kristin Taylor Do For A Living?

Kristin Taylor works as an artist and stop motion animator. She has a business called Hi Big Dog Media.