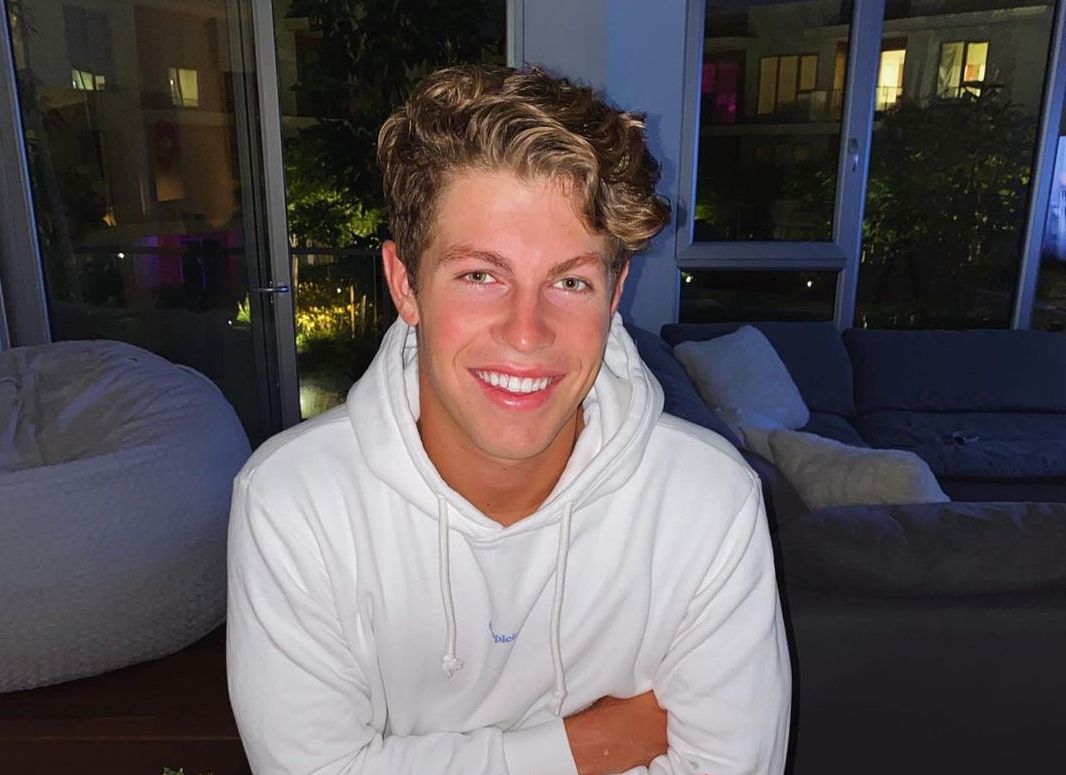 Ben Azelart Past Relationship with Lexi

Ben used to date Lexi Rivera, who is famous on YouTube and other social media sites.

At first, they were just friends, but they started dating a long time later.

Throughout their relationship, fans praised how well the couple got along.

Fans even called them Brexi.

Their couple was often seen making different videos on Tiktok and YouTube together.

When and Why Ben and Lexi Broke Up?

The YouTube Couple shocked their fans by announcing their split through a YouTube video on Lexi’s channel: “We broke up.”

In the video, the former couple sat down together and discussed why they decided to part ways.

“So, as you guys know, our relationship has been very up in the air. I know that it’s been super confusing for you guys, and that’s because it’s been just as confusing for us. We’ve been very on-and-off-again, and I don’t think we were really sure what we wanted to do until now. That’s why we’re finally making a video for you guys.

Millions of their followers were really disappointed by their breakup.

The two also said that they came to the conclusion that they got along better as friends.

“Throughout those years, we changed as people. At first, being together and making videos was one of the most amazing things. We both had so much fun doing it. As the years went on, it just became a little too complicated and a little too confusing. I think what’s difficult is that we want to please both you and us.I think, ultimately, we just didn’t do both.”

Fast forward to now, when the pair is on great terms and is seen together in videos.

Ben has a huge number of fans, especially girls, all over the world, and they all love him. To all the people: Ben has always been honest when it comes to relationships and dating life.

It caused a ripple on social media when Ben posted pictures of himself and the beautiful model on Valentine’s Day, and they did not look like “just friends.”

On Instagram and TikTok, they often shared photos and videos of each other.

Hannah was also in a couple of YouTube videos that Ben made. People often saw the two of them out together.

People thought that Ben and Hannah were dating because they spent time together at events and on trips.

Ben and Hannah were seen going on trips with each other to many different places.

It’s not clear when they started dating, but in May 2022, Ben showed up on Jordan’s YouTube channel as a fellow YouTuber and said for the first time that he was dating Hannah.

All the rumors about his girlfriends and dating life stopped after this. People got their answer.

Ben said that there was no cause-and-effect link and that they take it very seriously.

It looks like they are totally in love with each other.

Who Is Hannah Thomas?

The beautiful 22-year-old works as a model and makes beauty and travel videos.

She has more than 98k followers on Instagram, and at the moment, 105k people follow her on TikTok.

Hannah became famous for her travel blogs, bold photos, and modeling jobs, where her stunning beauty stunned her fans.

Ben Azelart was born in Texas, United States of America, on January 10, 2002.

He was born in Texas, USA, and grew up there.

He lives in Los Angeles, California, USA, at the moment.

The YouTuber is an amazing 5 feet 11 inches tall and 75 kg in weight.

Ben is the youngest of Lionel and Jill Azelart’s three children.

Lionel is a business owner, and Jill used to work as a dental hygienist.

There are no new developments about his parents at the moment.

Ben also had an older brother or sister, Julien Azelart, who he grew up with.

In the same way, Ben is an American and is of Caucasian ethnicity.

Ben went to Kailua Intermediate School in Hawaii and got his diploma.

He was very interested in skateboarding, and when he was a young teenager, he even competed in many championships.

Before he made his YouTube channel, Ben wasn’t even well known on social media.

He spent his days engaging in pastimes like skateboarding and surfing.

Similarly, he is well-known for his roles in The Bucket List, Camp Nick, and many other TV shows.

Ben started making videos when he was young, when his friend Alex Hayes, a YouTuber, got him interested.

He often posted challenges, practical jokes, funny movies, and even vlogs from his trips.

He made a lot of videos and waited a long time for his videos to go viral before getting the millions of followers he has today.

Ben now collaborates with other well-known internet personalities, such as Brent Rivera and Andrew, and has appeared in their videos.

Ben has worked hard for years and now has millions of followers and subscribers on all of his social media platforms.

In the same way, more than 11 million people were following Ben Azelart’s YouTube channel as of 23.

Several sources have different stories about how much money Ben has.

The YouTuber has never talked about how much money he makes or has, which has contributed to the obscurity of the matter.

Because of this, it is hard to figure out the exact number right now.

But he has gained many valuable things, and his car is one of them.