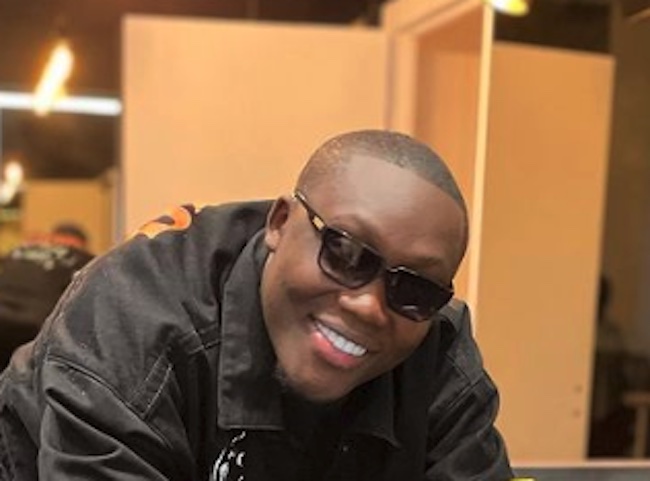 Sekou Doumbouya is best known as the professional French basketball player for the Los Angeles Lakers of the NBA for the position of small forward and power forward.

His journey from a local club in Paris to NBA has been a commendable transition for the player.

He was born and raised in Conakry, Guinea.

Sekou is one of four children of his mother, M’Mah Marie, and her husband, who has stayed anonymous to date.

Sekou grew up along with three siblings. However, they have maintained their privacy and remained out of media attention so far.

Now, Sekou and his family moved to Paris, France, where he grew up, but it wasn’t exactly one of those comfortable childhoods he enjoyed.

While the entire family moved to Paris, Sekou’s father was unable to accompany his family due to visa issues.

Having no fatherly figure around to help guide the family was very difficult, so he had to act as the head of the family and take on the responsibilities.

Sekou guided his brothers through their young age so they would follow the right path in life like any responsible would do.

So, it was just him, his mother, and his brothers, and they had to adjust to an uncomfortably small apartment.

Furthermore, any information on his academics isn’t available as of now.

Is Sekou Doumbouya Dating Anyone?

Apparently, Sekou is single and focusing on his career.

Neither has he been spotted out with anyone nor been rumored to be dating anyone.

The NBA player has seen success in a short time, and for that reason, he gives his all in for basketball.

He is just 21-year-old and has many more years to find a compatible partner for himself.

Currently, the player is busy with his struggles and constant efforts to do his best.

Sekou had a passion for basketball from a young age. At the age of 12, he started learning how to play it and learned it pretty quickly.

After he moved to Paris, he began his career in the local club CJF Les Aubrais when he was 13.

In 2016, the player started his professional career after he joined Poitiers Basket 86.

Ever since he entered the sports industry, there has been only progress in his career.

Earlier this year, the player signed a 2-way contract with the South Bay Lakers.

Since 2019, Sekou has been in and out of Lakers in a two way contract.

Most recently, in March 1, 2022, Lakers waived Sekou Doumbouya for the second time.

What Is Sekou Doumbouya Up To Now?

The 21-year-old player previously played for Los Angeles Lakers for the position of small forward and power forward.

Nevertheless, the player has shown lots of progress in the past years and has come a long way as an athlete, and undoubtedly, he enjoys a progressively rising career at present.

However, as of today, Lakers waived Sekou off the team because of an injury he sustained, rendering him unable to play.

How Old Is Sekou Doumbouya?

How Tall is Sekou Doumbouya?

Sekou Doumbouya is 6 feet 4 inches or 195 cm tall in height.

Sekou played for Los Angeles Lakers up until March 1, before the team waived him. Sekou was on a two-way contract.

Why Was Sekou Doumbouya Waived?

Los Angeles Lakers waived Sekou after he sustained an injury. The team already had many players who were injured. Since Sekou was on two-way contract, it was a profitable decision on the team’s front.

What Is a Two-Way Contract?

A two-way contract in NBA terms is a type of contract where a player is paid half of the minimum salary set by the team. The team can also opt the player out anytime and only plays the player up until the time he/she plays for the team.

Sekou Doumbouya currently has a net worth that ranges around $1 million.