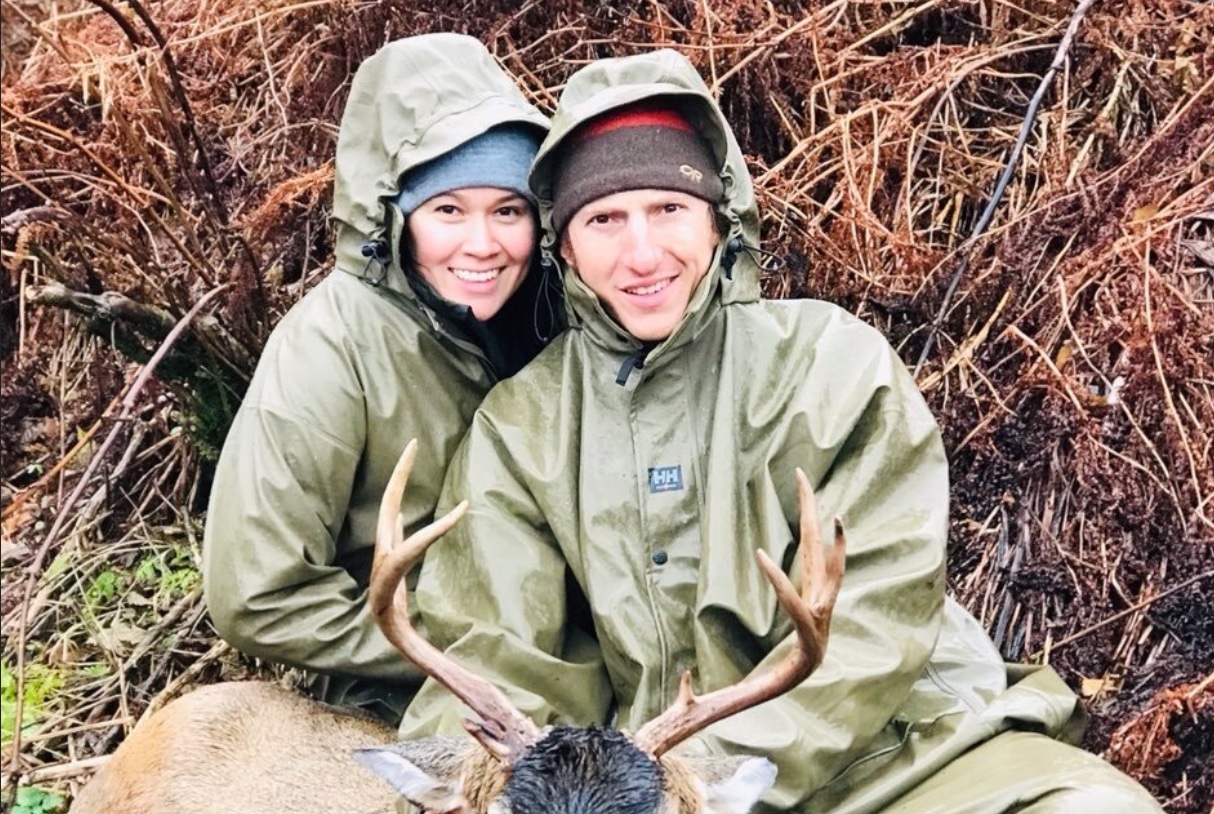 “Living below your means” takes a whole new meaning after looking at Erik Salitan’s life. But, it’s not to say that his life isn’t wholesome.

Living in the freezing weather of Alaska, where the normal temperature is -30° most of the year, Erik is the right person to appear on ‘Life Below Zero.’

But what happened that led Salitan and his family to vanish from TV? Here’s everything that you need to know about them.

The famous reality TV celebrity and survivalist Erik Salitan was born on February 9, 1984, in New York, United States of America.

Today, Erik is 38 years old, and his zodiac sign is Aquarius.

Salitan was born to native American parents who were also born and raised in the United States themselves.

Unfortunately, Erik has not revealed the names of his parents.

But, according to what fans saw on TV, Salitan is a family man and surely takes good care of his parents as well.

Growing up in New York for some time, Salitan later moved and began living in Alaska.

Salitan has found the love of his life, and the couple complements each other perfectly. The best example of a match made in heaven.

Erik and Martha Mae Slaitan presumably met each other in the 2000s and began dating sometime after.

Their relation took a solid form as both were nature-loving people. There’s more about Martha below.

Erik is an expert hunter, and that’s the same for Martha when it comes to fishing.

In one of the unaired deleted scenes of Life Below Zero, Erik talked about how he proposed to Martha.

Erik reportedly attached the engagement ring to the end of a fishing rod that Martha used.

Apparently, Erik’s proposal took three tries because he kept attaching the ring to the tip-up.

On his first try, Martha began chasing an Arctic Hare she noticed.

The second time, Martha, not realizing that there’s a ring attached to the tip-up, threw it onto the ice.

Only in the third attempt, when Erik shone the light over the ring, did Martha realized that it was an engagement ring.

“That ring was burning a hole in my pocket for like weeks. Finally, I baited you in the ice-fishing.”

“I went and rigged the whole thing the third time, set the flag over, and made her come with me over to check it. Then you pulled it up right in front of me, and you’re like there’s no fish. And then I shined the light right on the right, and it sparkled, and then you went like ‘Oh.’”

Erik revealed that he almost chickened out both on the first and second attempts at the proposal.

After their engagement in the mid-2000s, Erik and Martha began planning their wedding.

Unlike other reality TV show people, Erik and Martha did not want a huge ceremony. On the contrary, they settled for a very low-key wedding setting.

From their marriage, Erik and Martha welcomed a son in 2010. The couple named him Lucas Salitan.

As far as interests in life go, Lucas has already begun walking in his parent’s footsteps.

Most of the time, Lucas accompanies his parents. He also loves fishing as well.

The Salitan couple is actively present in their son’s life and makes sure he gets all the love.

Who Is Martha Mae Salitan?

Most ‘Life Below Zero’ fans knows Martha as Erik Salitan’s wife. But in reality, she’s her own person.

While everyone currently knows her as Martha Mae Salita, her real name is Martha M Baechler. She took Erik’s last name after the couple got married.

Martha was born to American Native parents who lived in Alaska region for years.

Moreover, her parents also owned a fishing lodge where Martha worked for most of her growing days.

Apart from being a fishing operator, Martha is also an avid hunter. According to Erik’s story on how he proposed to Martha, she’s also crazy for Arctic Hare.

Professionally, Martha looks after their lodge and remains in-charge of keeping all guides in line, including Erik.

Born in New York and later moved to Alaska, Erik began his life in the wilderness from a very young age.

He began training as a guide and later as a pilot. Eventually, Salitan became a registered guide and a pilot.

Several years after Erik moved to Alaska, got married to a native Alaskan, Martha, and began a family, he got a chance to appear on TV.

In 2013, BBC Worldwide produced TV show ‘Life Below Zero’ signed Erik to appear in their show and broadcast his life in the severe conditions of Alaska.

The couple appeared for three years in ‘Life Below Zero’ that aired on National Geographic Channel.

In 2016, Erik and his wife Martha left the show, which left viewers bewildered.

Why Did Erik and Martha Leave ‘Life Below Zero’?

Three years into ‘Life Below Zero’ and Erik and his wife Martha decided to leave it.

Fans did not have the faintest clue on why the couple left the show. That’s because neither the  Salitan couple nor the production revealed the reason behind their exit.

However, according to sources, the reason why Erik Salitan and Martha Salitan left ‘Life Below Zero’ was because of privacy concerns.

Erik isn’t someone who likes a lot of attention, and that goes for Martha as well.

As a result, the couple opted out of public view and left the show in 2016.

Since exiting ‘Life Below Zero’ in 2016, Erik and Martha have remained focused on their local business.

The couple owns two businesses. One is called Bushwhack Alaska Guiding and Outfitting. The other is Talarik Creek Lodge.

From their two businesses, targeted towards people who love hunting, Erik and Martha earn hefty amounts.

According to sources, Erik and his wife Martha have a massive net worth of above $1 million today.

How Old Is Erik Salitan?

Erik Salitan is 38 years old today. He was born on February 9, 1984, in New York, United States of America.

How Old Is Martha Mae Salitan?

Where Is Erik Salitan After Life Below Zero?

Erik Salitan left Life Below Zero in 2016. Since then, he lives in Alaska, managing two businesses with his Alaska native wife and son.