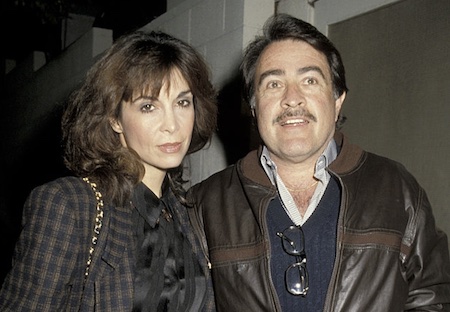 Her first career breakthrough happened after she portrayed the role of Connie Corleone in the movie, Godfather.

We intended to collect every possible detail about her in the article.

Talia grew up in Lake Success, New York, the USA, and her two other siblings, Francis Ford and August Coppola.

Moreover, Talia’s parents pampered, her as she’s the only daughter.

This gave her a massive confidence boost from a very young age.

Who Is Talia Shire’s Husband?

It is very common for celebrities to be involved in short-lived flings every now and then.

After their achievements, it’s their personal life stories that make a lot of noise.

Apart from a couple of short-lived flings, the 75-year-old had two major relationships in her life.

One was with her then-husband David Shire and the other with late-husband Jack Schwartzman.

Let’s learn a little more about their relationships.

Some of David’s major projects include soundtracks from movies: ‘The Big Bus,’ ‘Return to OZ’ including many others.

Being in the same industry, the duo must have met during a mutual project.

In 1975 Talia and David welcomed their son Matthew Orlando Shire.

Matthew is currently working as a writer and producer.

As of today, Matthew is a married man and well settled in his career.

Unfortunately, things didn’t end well for Talia and David. After a decade of marriage, in 1980, they split and went separate ways.

While most believe that they divorced because of irreconcilable differences, the official reason remains a secret.

The actress gave love another shot after her decade-long marriage with David came to an end.

Talia began dating Jack Schwartzman, and the two got married on August 30, 1980, the same year of her split from her former husband, David.

This caused a scene for controversy as some suspected that Talia’s relationship with Jack existed while she was married to David.

Robert is a filmmaker, director, and screenwriter. Similarly, Jason is also an Actor, Producer, and Musician.

Both of them are well settled in their respective career and are doing well to date.

Jack was a film producer. Some of his major works as a producer were: ‘Never Say Never Again,’ ‘Rad,‘ etc.

Talia, along with the producer, worked on several projects together.

Unfortunately, Jack was diagnosed with pancreatic cancer and succumbed to it in 1994.

The 75-year-old actress who gave some major hits back in the ’90s has accumulated a net worth of $40 million to date.

As of today, Talia lives in her massive Bel-Air home and enjoys a quiet and peaceful life.

Talia Shire was previously married to David Shire. The couple divorced in 1980. The same year, she married Jack Schwartzman. Sadly, Jack passed away in 1994 due to cancer.